Unto the Populace of the East, 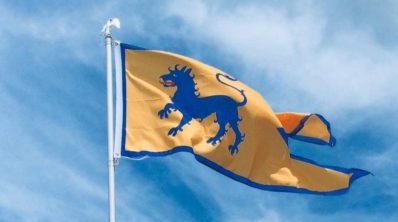 The Tyger marches the road to War; so begins the process of honing our edges, painting our banners and tuning our drums. Their Royal Highnesses have seen fit to allow me to apoint members of our beloved East to lead the Tyger Army to victory, and prove that the Tyger’s dominion is the sacred Pennsic grounds.

To Lead the some of the most elite fighters in the known world; Estgar æt Hrofeceastre formerly known as Angus Pembrige shall captain the Unbelted Champions

For selection and pairing advisors for Heroic Champions I have called upon Master Thomas of Effingham (Rapier), and Sir Arne Ulrichson (Armor) to serve as I a Shogun would call “Dyueru Masutāzu” or in a more common tongue Duel-Masters.

The road is long and there is much to be done before we stand once more in the grand arena. We are assembling special councils some new, some long proud Eastern traditions; both for the War and the Eastern War College.

The March Begins. One army. Many stripes. Fearful symmetry

Greetings to my beloved Kingdom!

I am humbled and honored to have been chosen by our Princes and our Warlord to serve the East as General of the Rapier Army. I am thankful for Their faith in me, and I will strive, as ever, to serve my Crown and Kingdom well.

We have much to look forward to this Pennsic, but there is also much work to be done.

I begin by assembling the Rapier Army Staff that will help lead us to victory.

Hersir Xavier the Sinister (Alexandre Quesnel) has agreed to be my second-in-command. Master Thomas of Effingham (Effing Thomas) has accepted the position of Duel Master from our Warlord.

Formal position descriptions are forthcoming, but I will waste no time in seeking acknowledgement of intent from those who wish to serve. We have need of XOs, regional commanders, an aide-de-camp, champions melee and heroic champions captains, a war advisory council, and various others.

Please fill out the form linked to this post to declare your interest in joining this team.

In service to the East,

If you want to be on the rapier army staff, or just have an interest in learning about all of this command stuff, please fill out this form. Job descriptions are in the works.

You may contact the East Kingdom Marshal of Fence via email at kmof@eastkingdom.org.

This is the recognized web site for the Rapier and Fencing Marshal of the East Kingdom of the Society for Creative Anachronism, Inc. and is maintained by Brendan Firebow, East Kingdom Webminister for Rapier. This site may contain electronic versions of the group’s governing documents. Any discrepancies between the electronic version of any information on this site and the version that is available from the originating office will be decided in favor of the originating version.

For information on using photographs, articles, or artwork from this web site, please contact the Webminister at web_kmof@eastkingdom.org. He will assist you in contacting the original creator of the piece. Please respect the legal rights of our contributors.

All external links are not part of the East Kingdom website. Inclusion of a page or site here is neither implicit nor explicit endorsement of the site. Further, SCA, Inc. is not responsible for content outside of *.eastkingdom.org.

Visit the Society for Creative Anachronism website at www.sca.org.